Bruce Schneier says that privacy is controlling your data. How true. I would just add that control is not enough, I want exclusive control and ownership of my data. And if you are using Clipperz password manager it’s probably because you share a similar vision. 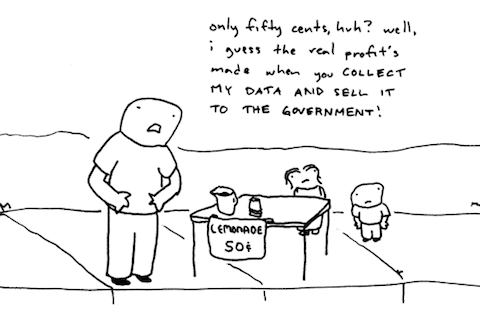 Bruce Schneier says that privacy is controlling your data. How true. I would just add that control is not enough, I want exclusive control and ownership of my data. And if you are using Clipperz password manager it’s probably because you share a similar vision …

To the older generation, privacy is about secrecy. And, as the Supreme Court said, once something is no longer secret, it’s no longer private. But that’s not how privacy works, and it’s not how the younger generation thinks about it. Privacy is about control. When your health records are sold to a pharmaceutical company without your permission; when a social-networking site changes your privacy settings to make what used to be visible only to your friends visible to everyone; when the NSA eavesdrops on everyone’s e-mail conversations – your loss of control over that information is the issue. We may not mind sharing our personal lives and thoughts, but we want to control how, where and with whom. A privacy failure is a control failure.

Companies are in the midst of a privacy frenzy. They keep changing their terms to reflect social and cultural changes, at least this is what they say. So are Google and Facebook just evil? Not at all, they are just working to “maximize their profits, which has the side effect of killing privacy”. And we should not be fooled by their public declarations in defense of privacy.

The very companies whose CEOs eulogize privacy make their money by controlling vast amounts of their users’ information. Whether through targeted advertising, cross-selling or simply convincing their users to spend more time on their site and sign up their friends, more information shared in more ways, more publicly means more profits. This means these companies are motivated to continually ratchet down the privacy of their services, while at the same time pronouncing privacy erosions as inevitable and giving users the illusion of control.

Schneier asks for a stronger privacy legislation and he’s probably right. As a commenter wrote: “the idea that the market will sort things like this out is laughable. Consumer protection laws are needed precisely because the market fails at this sort of thing.” However, the EU has a remarkable privacy legislation, but I can’t say that, as a citizen, I feel more protected.

While government and companies find their ways out of the privacy maze, smart users could use zero-knowledge web applications like Clipperz!